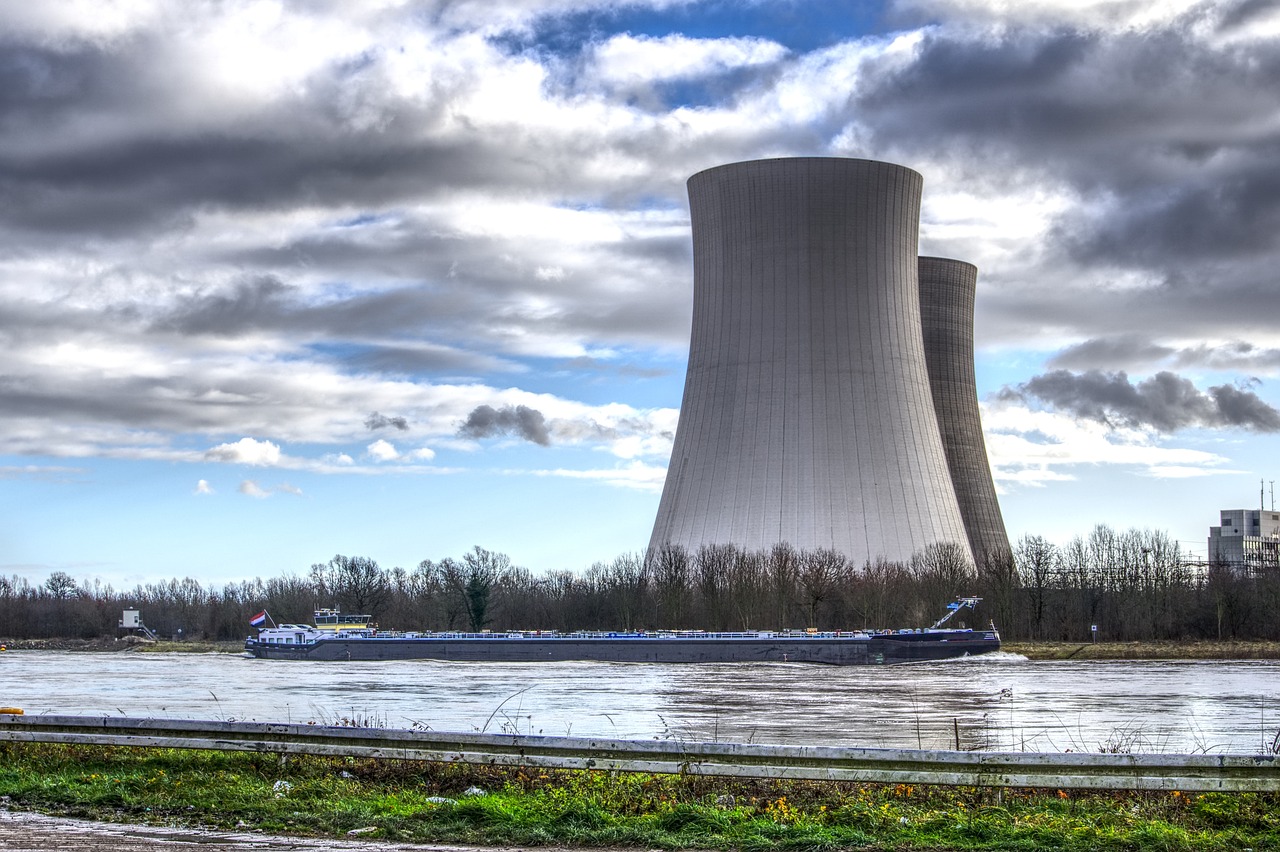 Nuclear reactors generate electricity just like other power plants. It is a result of a chain reaction. Uranium-235 acts as fuel for nuclear power plants. Uranium is a severely radioactive element that generates heat inside the Earth’s crust. In the same way, uranium produces heat in the nuclear reactor through a process called ‘nuclear fission.’

Nuclear fission occurs when a neutron comes into contact with a larger uranium atom, breaking it into two smaller atoms and generating other neutrons. The fuel rods inside the nuclear reactor vessel are immersed in water. When these fuel rods heat up due to nuclear fission, they turn this water into steam.

The steam turns a generator, which is a turbine attached to an electromagnet. In turn, the generator produces electric energy. As the nuclear reactor does not burn fuel to produce electricity but leverages a simple chain reaction to spin the motor, it does not produce any harmful carbon emissions.

The remaining water is pumped back into the reactor vessel for reheating. Steam from the turbine is cooled down in a condenser, and this newly-formed water is transferred to the steam generator.

Although nuclear power plants produce electricity cleanly with no pollution, their unfortunate downside makes them controversial. Nuclear power plants have the risk of radiation leaks that could result in large number of injuries and deaths. Also, the spent fuel of  uranium rods remain radioactive for tens of thousands of years; they need to be contained in very thick, insulated containers and stored away from populated areas for thousands of years. Many countries, including USA, have not designated a permanent, safe place to store these radioactive spent fuels.

Following are some of the other websites of the author Amita Vadlamudi.