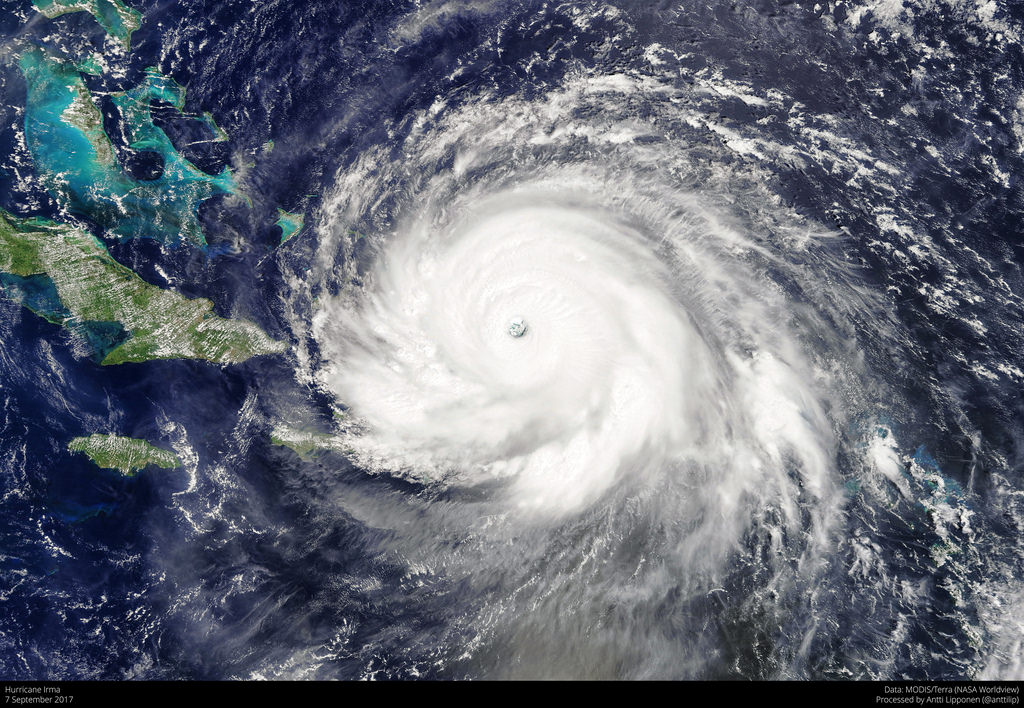 Hurricanes are huge, spiraling tropical storms that produce extremely high winds and massive amounts of rain. Hurricanes are categorized on the scale of 1-5. Category 5 hurricanes can produce winds at the speeds of over 160 miles (257 kilometers) an hour and rains of more than 2.4 trillion gallons (9 trillion liters) a day.

The Atlantic Ocean’s hurricane season peaks mid-August to late October and averages 5 to 6 hurricanes per year.

Hurricanes, also known as tropical cyclones, are like giant engines that use warm, moist air as fuel. That is why they only form over warm ocean water near the equator. The warm and now moist laden air moves up and away from the surface.

According to meteorologist Phil Klotzbach of Colorado State University, hurricanes move the heat from the warm equilateral regions to colder Polar Regions, which is why they form on warm water near the equator. They also help radiate heat out of the tropics into space.

The US history has seen some of the deadliest hurricanes which have claimed the lives of many. Some of those hurricanes are:

The hurricanes may form to provide a sort of balance on both poles, but they tend to claim the lives of dozens if and when they shift the wrong way.

The author of this article Amita Vadlamudi is enthusiastic about reading and researching scientific subjects. Amita Vadlamudi has published articles on various subjects on many of her web sites.